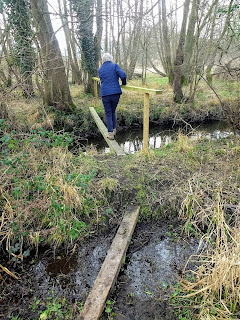 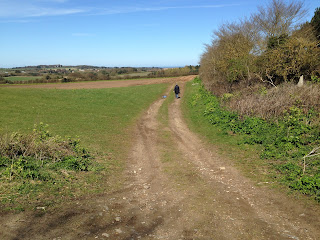 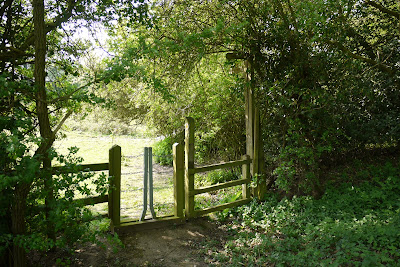 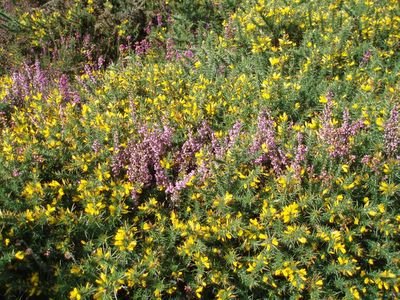 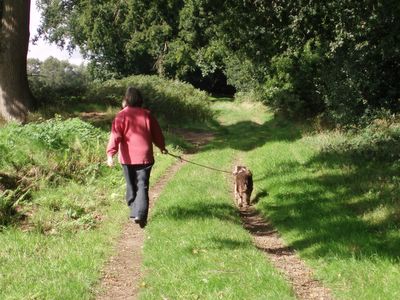 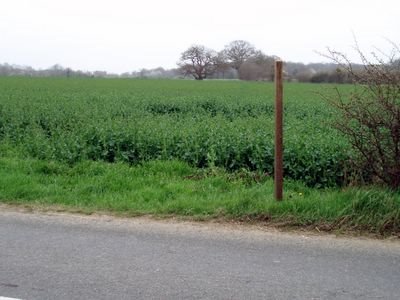 No attempt to keep this path clear 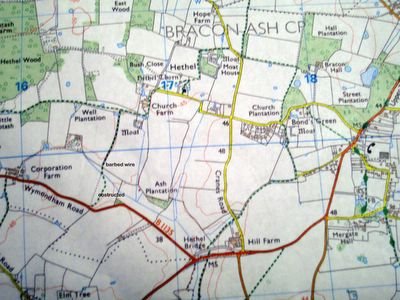 Here's the route of my Hethel walk

Yesterday the dog and I walked some of the paths around Hethel, Norfolk (TG172004) using the OS Explorer 237, map. This was mostly a pleasant experience, spoiled only by half a mile on the B1135 and an obstructed path at TM165998.

I parked on the green beneath splendid trees at Bond’s Green. Promising myself that I would return to investigate the church another day, I took the FP north leaving Church Plantation and big pond to my right. A sharp turn to the left lead me past a fine display of cowslips and primroses to Cranes Road, having taken a turn to the left in a thicket  to reach the road.

Turning north on the road for a few yards I turned to the left passing Moat House, which appeared to have a multiplicity of moats. A left turn off the track passed some farm buildings of clay lump construction. This path followed yet another moat and crossing a stile turns right through small meadows, which were occupied by one black and two white cows, which may have been cattle, but I’m no cow expert. However, they and I kept our eyes on each other as I crossed there home to visit the “Hethel Thorn”.

The Hethel Thorn, although unimpressive to my eyes, is reported, according to the information board, to be of historical, social, artistic and biological interest. I leave you to judge.

Crossing a further meadow, under the observant gaze of the second white cow, I rejoined the road at a dog resisting stile. Following the unmade road past the delightfully unimproved Church Farm and making a right turn near to yet another moat shown on the map, the path leads through a long narrow meadow, but a turn to the left after only a few yards leads to a rough path to the . I found this path difficult going between a wire fence and a scrubby hedge, so I took a parallel course in the adjacent grassy field. With traffic on the road in sight I came to a barbed wire fence, ditch and a further rabbit wire fence. As I was trying to negotiate these obstacles, the helpful farmer showed me a better route where he had placed some straw bales to form a temporary stile, which I crossed, clutching the, by now wet and dirty, dog in my arms.

The unmarked path then led on through the crop to cross a low bridge and, forging a path through a dense crop of rape, dog and I reached the and turned left. After half a mile and just before the road junction, we turned left to cross the unimpressive . Over a stile to the left a FP brought us back to Bond’s Green.

Discover the Heart of the Broads

Discover the Heart of the Broads follow this link to the Wherryman's Way website. This is the new path from Norwich to Gt Yarmouth and the site is not easy to find by searching Google.

Public Rights of Way in North Tuddenham. Surveyed between summer 2004 and spring 2005.